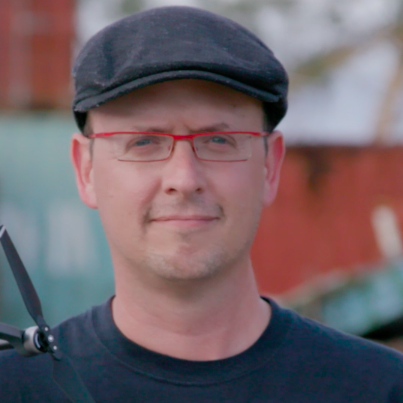 Digital Humanitarians: How You can Make a Difference during the Next Disaster

The overflow of information generated during disasters can be as paralyzing to humanitarian response as the lack of information. This flash flood of information -- often called Big Crisis Data -- comes in the form of social and mainstream media as well as aerial imagery and satellite imagery. Making sense of this data deluge is proving to be an impossible challenge for humanitarian organizations. This is precisely why they’re turning to Digital Humanitarians. Digital Humanitarians use crowdsourcing and artificial intelligence to make sense of this big crisis data. This talk will highlight real world examples of Digital Humanitarians in action from across the globe. It will also highlight the biggest challenges they face in crafting and using human and machine computing solutions to accelerate humanitarian efforts. Special emphasis will be placed on the challenge of analyzing aerial imagery captured by civilian drones during disasters as this is currently one of the main problems facing the humanitarian community. Members of the HCOMP and CI communities can play a pivotal role in helping humanitarian organizations accelerate their relief efforts worldwide. This talk will explain exactly how and will serve as a spring board for ongoing and future collaboration between HCOMP, CI and the humanitarian community.

Patrick Meier is an internationally recognized expert and consultant on Humanitarian Technology and Innovation. He serves as the Executive Director and Co-Founder of WeRobotics, which scales the positive impact of humanitarian aid, development and environmental projects through the use and localization of appropriate robotics solutions. His book, Digital Humanitarians, has been praised by Harvard, MIT, Stanford, Oxford, UN, Red Cross, World Bank, USAID and others. Over the past 15 years, Patrick has worked in the Sudan, Somalia, Kenya, Uganda, Liberia, India, Philippines, Kyrgyzstan, Nepal, Timor-Leste, Turkey, Morocco, Western Sahara, Haiti, Peru, Vanuatu, Fiji and Northern Ireland on a wide range of humanitarian projects with a number of international organizations including the United Nations, Red Cross and World Bank. More details on LinkedIn. In 2010, Patrick was publicly praised by Clinton for his pioneering digital humanitarian efforts, which he continues to this day. His work has been featured in the New York Times, Washington Post, Wall Street Journal, CNN, BBC, NBC, UK Guardian, The Economist, Forbes and Times Magazines, New Yorker, NPR, Newsweek, Wired, Mashable, TechCrunch, Fast Company, Nature, New Scientist, Scientific American and elsewhere. His influential and widely-read blog iRevolutions has received close to 2 million hits. Read more about Patrick at https://irevolutions.org/bio/. 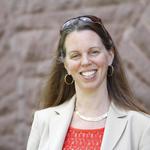 Optimizing the Human-Machine Partnership with Zooniverse

Citizen science - the involvement of hundreds of thousands of people in the research process - provides a radical solution to the challenge of dealing with the greatly increased size of modern data sets. Zooniverse.org is the most successful collection of online citizen science projects which have enabled over 1.7 million online volunteers to contribute to over 120 research projects spanning disciplines from astronomy to zoology. University of Minnesota’s Dr. Lucy Fortson will briefly describe the Zooniverse platform and some of the results to date from the Zooniverse collection of online projects in the context of new approaches to combining machine learning with human classifications. She will then provide an overview of recent data science experiments with the ultimate goal of producing a system that most efficiently balances the human and machine classifications. She will finish with a short description of future developments of the Zooniverse platform.

Dr. Lucy Fortson is Associate Head and Professor of Physics in the School of Physics and Astronomy at the University of Minnesota. A founding member of the Zooniverse project (www.zooniverse.org), and current Board Chair for the Citizen Science Alliance, Dr. Fortson is a leading expert in the field of "crowdsourcing science". With over 1.6 million volunteers and 120 projects covering a wide range of disciplines, the Zooniverse provides opportunities for volunteer citizens to contribute to discovery research by using their pattern matching skills to perform simple data analysis tasks. Dr. Fortson leads the Zooniverse team developing human-computation algorithms to maximize the utility of the citizen science method of data processing. Prior to joining the faculty at UMN, Dr. Fortson was Vice President for Research at the Adler Planetarium in Chicago where she held a joint research position at the University of Chicago. Dr. Fortson graduated with a BA in Physics and Astronomy from Smith College, Massachusetts and received her Ph.D. from UCLA in High Energy Physics while working at CERN. She has served on numerous national committees including the National Academy of Sciences Astronomy 2010 Decadel Survey, the Astrophysics Science Subcommittee and the Human Capital Committee of the NASA Advisory Council (NAC), the Mathematical and Physical Sciences Directorate Advisory Committee (MPSAC) for the National Science Foundation and the Education and Public Outreach Review Committee for the National Optical Astronomy Observatory.