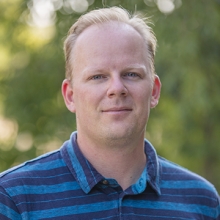 Remembering David B. Martin and his Ethnographic Studies of Crowd Workers

An informal recording of the talk is available online on YouTube.

On June 22nd, 2016, the HCOMP community lost a valued member with the unexpected passing of David B. Martin, who spent the greater part of his life studying the practices of people at work. How people collaborate with each other, how they communicate and what they do... all those little mundane things that, put together, constitute the fabric of a social system. David was an ethnographer, inherently interested in the tension between tools, progress and the reality of everyday life. His recent work was focussed on studies of crowdworkers, where he challenged the mainstream approach embedded in microtask platforms of "workers as machines" and suggested the need, based on the evidence of his studies, for fair and established work relationships, even in low skilled work. David's dedication, inspiration, and vision will continue to live on in all of us who were touched by his work.

While a Research Scientist at Xerox Research Centre Europe, Benjamin Hanrahan worked with David Martin in investigating the practices of workers on the Amazon Mechanical Turk (AMT) crowdsourcing platform. This work described and contrasted the experience of Being a Turker in the United States and India, and outlined the invisibility of their work products and practices to the various stakeholders. Particularly, they refuted the notion that workers on AMT were working for fun, and outlined how AMT served as a safety net. Based on these findings they constructed the TurkBench tool, that aimed to increase the agency of workers by re-rendering the presentation of information and imbalance of functionality on the platform.